I had some good news this week as the first step of our job allocations was published and I have been allocated to Scotland. The next step is to rank the job programmes in Scotland and I’ll find out which programme I get in another fortnight or so. Fingers crossed that I’ll get one of my choices in Dundee.

I’ve spent most of this week in theatre, assisting in an appendectomy at the start of the week and working with the anaesthetist the rest of the week. We’ve got an oral-maxillofacial surgeon here for two weeks and he’s got a long list of patients for surgery, not only a lot of dental procedures but also plastics. It’s been a great experience for me, and also rather intense, as the anaesthetist has been doing what all anaesthetists seem to do and grilling me mercilessly.

I woke up this morning to strong winds and pouring rain, but fortunately my flight out to Pebble Island still went ahead. The flights wasn’t as bumpy as I thought it might be but having stopped at Port Howard to pick up a couple of passengers it felt like we were flying sideways for the remaining 10 minutes to Pebble. When we arrived the pilot had to do some nifty work to get us down on the ground, and his take off a few minutes later was even more impressive as he fought the wind. I made a small video which I’ll try and get online once I’m back home and have easier internet access.

It was already late afternoon by the time I arrived and after a quick cup of tea I headed out in the rover with my host for a short drive down to the east end of the island where there are magellanic penguins, gentoos, cormorants, rockhoppers and if you’re lucky, the occasional macaroni, the one type of penguin here that I haven’t yet seen.

It was another good bit of Falklands offroad driving, including a long stretch along Elephant Beach, the longest sandy beach in the islands and currently home to a decomposing whale. 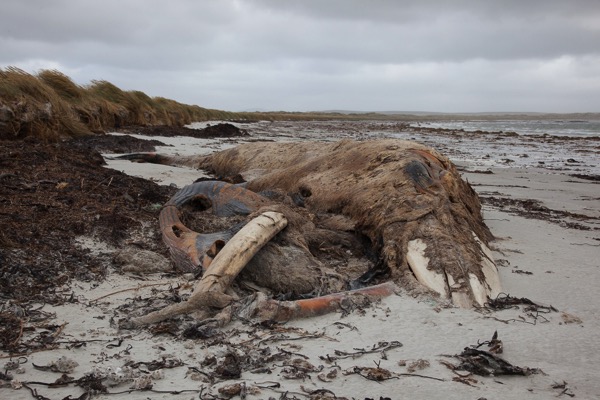 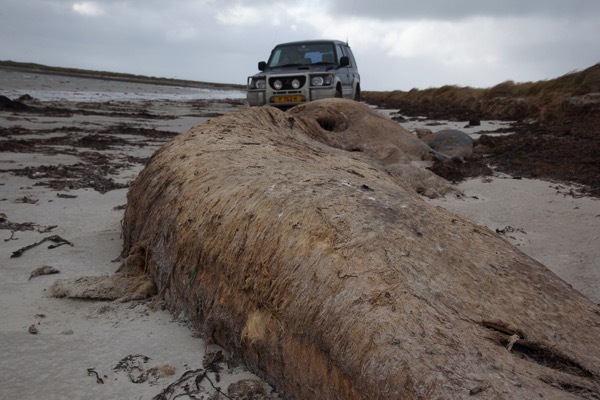 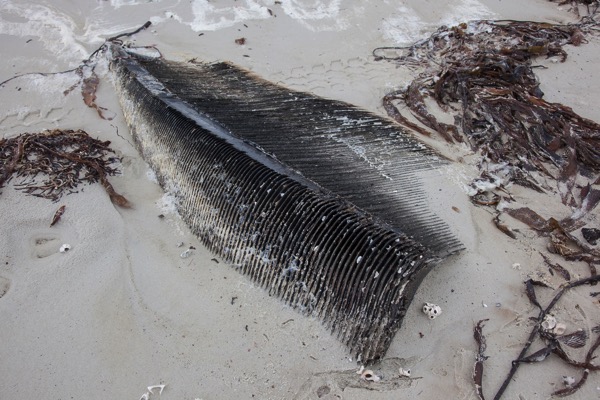 After a short stop at the whale we continued on to the penguins, stopping first at the gentoos for a few minutes before heading on to the cliffs where the rockhoppers and cormorants hang out. It was difficult to keep my balance in the strong winds and even harder to keep the camera anything approaching steady so I didn’t get many photographs. The gentoos were really struggling to come in out of the sea as they were being buffeted by the waves. 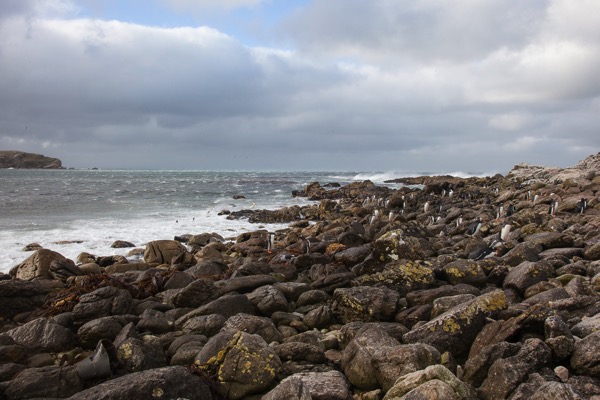 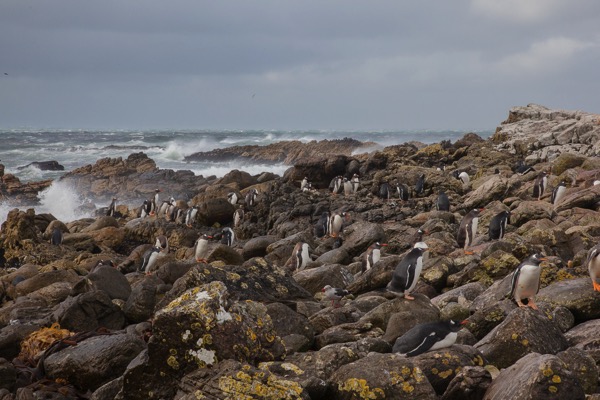 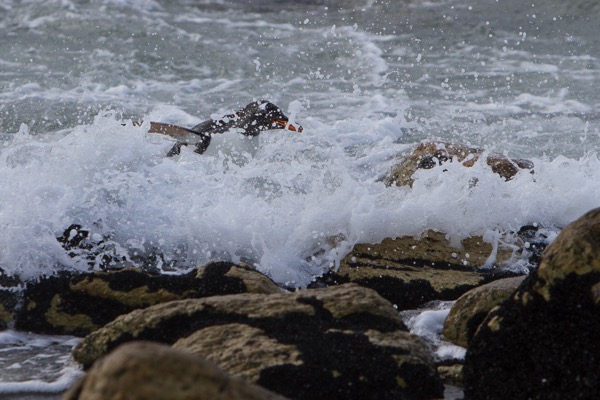 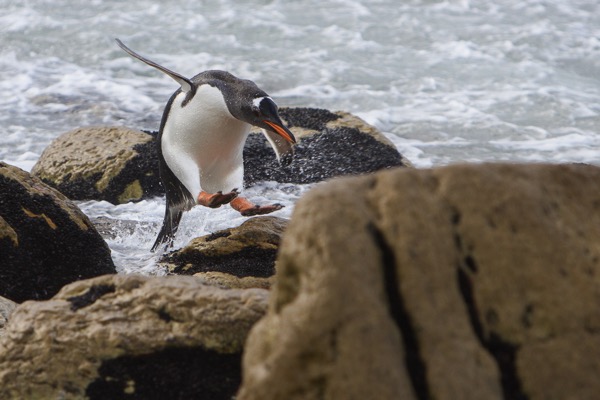 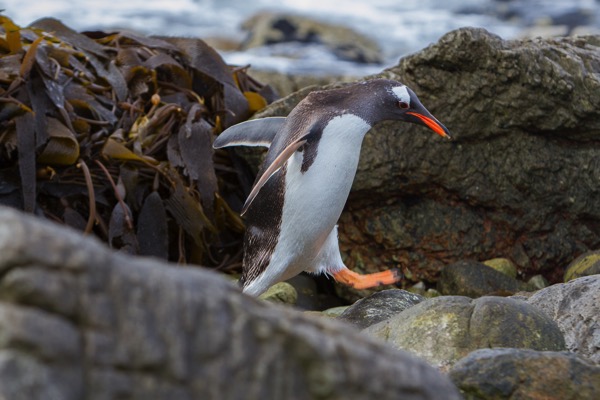 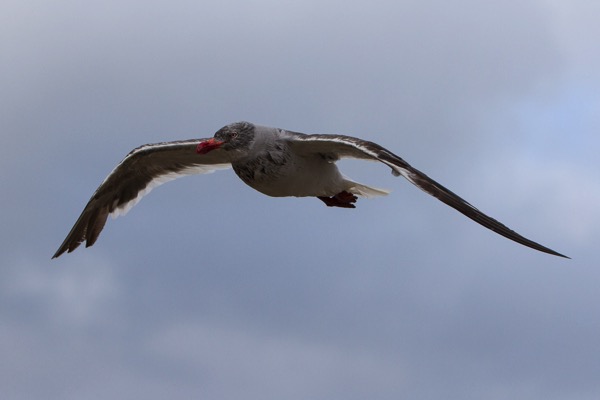 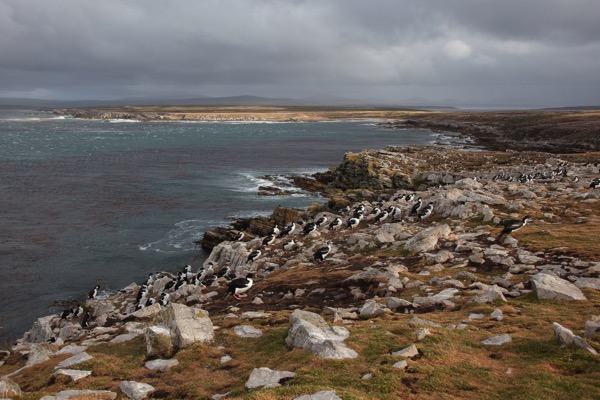 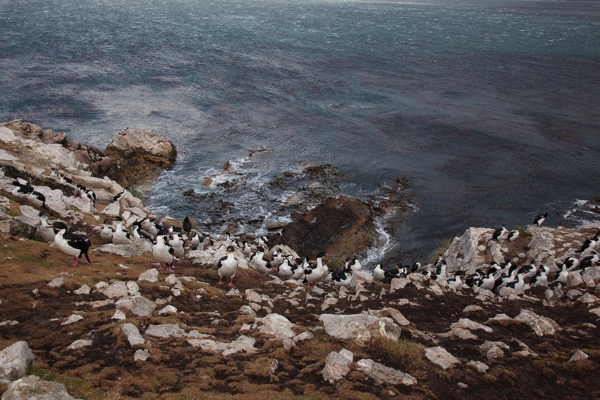 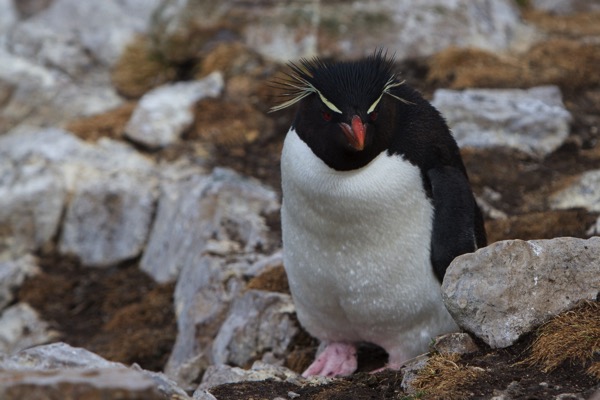 We then stopped at another cliff where a macaroni penguin can sometimes be found. We struggled out of the rover against the wind and went to the cliff edge to peer over. Sure enough, there huddled against a rock was a single macaroni, orange features easily distinguishing it from the rockhoppers. Looking straight down to it, with grass waving in the wind in front of me, the composition wasn’t brilliant, but at least I’ve seen my first ever macaroni penguin. Tomorrow I’m heading up to the west end of the island where there are more rockhopper colonies and the possibility of additional macaroni sightings, so perhaps I can muster up something more photogenic. Hopefully the weather will improve overnight and make things a little easier. 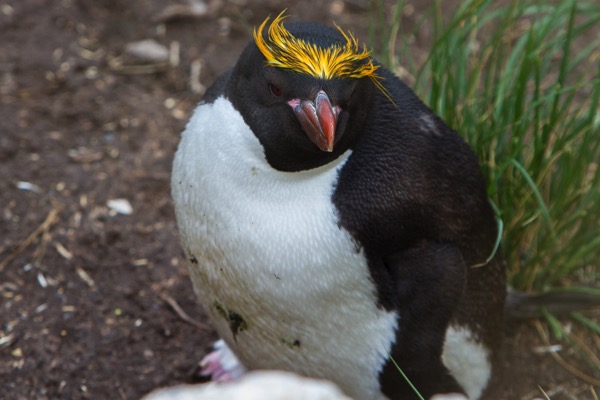